“You are a good hearted person”

Today I’m writing about some of my triggers. Ain’t going to write down all of them, just some. There are a lot of triggers that remind me of traumas and set off PTSD symptoms. Sounds, smells, persons, places, things and situations. Some of them are rare, like a particular smell. Others are frequent. Some can be avoided, some can’t. I have already overcome some of the things and places that triggered negative responses in me. Exposure therapy helped me with that. But there are triggers that I cannot overcome only with exposure therapy. There are triggers that are so hardly and complicatedly attached to traumas that take lots of hard work and analysis before I can even think about exposure therapy.

There’s a soap fragrance that triggers one of the traumas that marked me the most. It’s not a common smell, so that one doesn’t bother me so often. Maybe once every two or three years. But when I smell it… yeah, you can imagine.
Another trigger that is as powerful as that smell, or even more, are words. Those words are “you are a good hearted person”. And if it is said with a “I love/like you because” before the “you are a goodhearted person”, then all starts being completely wrong inside me. Fight-or-flight response is triggered, an immense feeling of sorrow invades me, my heart goes crazy, I literally don’t know what to do or say, I just want to disappear, I feel cheated, deceived, fooled, I feel like an idiot, worthless, meaningless, pathetic… you get the picture. So those words are maybe the worst trigger of all. Those words are unavoidable as I don’t know when they’re going to be said. I have a hard time when people say something positive about me. When given compliments, it’s like I almost hear the words “you are a goodhearted person”. My body starts shaking. I’ve been having a really hard time with that in group therapy. I’ve cried a lot because of that. I still have to work hard on that one. I find it difficult to relate myself to that person I hear about. It’s like hearing about someone else.
Silence. Silence in some situations is also a trigger for me. Silence can be really painful and triggers bad emotions, almost as bad as “you are a goodhearted person”. It’s obviously attached to traumatic experiences, like one of my NDE and other unpleasant situations.
And just to mention a last one, schools. Being near schools ain’t pleasant for me either. But being in a school, that feels really bad. There are more places that trigger my PTSD symptoms, as commercial malls and really crowded places. These places make me feel really anxious. My first reaction has always been to look for every exit, who is where, how close behind me people are, I hear everyone else’s voices louder that those who may actually be talking to me, sounds get really loud, colours become too intense, the mix of different smells… it all becomes unpleasant.

I don’t know if I’m going to overcome all my triggers, but now I’m aware of them. I know what is happening when they appear. I can, by using metacognitive tools, see what’s happening and why. Being misunderstood hurts a lot. Words can be tricky and traumas aren’t easy to be explained. For me it has been really difficult to be taken seriously, without being judged. I find it difficult to trust in people. For me it’s easier to write in my blog than to talk to people. I have big trust issues. At the moment, writing in my blog is the exposure therapy I manage to do in order to overcome my trust issues. 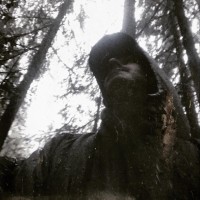